I gave birth to Ava at 42+1 weeks pregnant...and just look at the difference another 42+1 weeks makes! These 42 weeks have whizzed by a lot quicker than the pregnancy, I'll tell ya!

I'm not going to lie, the world of car seats is a minefield to me and when it came to choosing Ava's next seat I was stumped. There are so many seats out there, each with different features and ranging from budget to eye-wateringly expensive. We plan to buy a new car soon, and didn't want to spend a fortune only to realise the seat wouldn't then fit in our new car but unfortunately we couldn't keep Ava in her infant carrier much longer. That girl has got to be sitting up and seeing what is going on in the world! 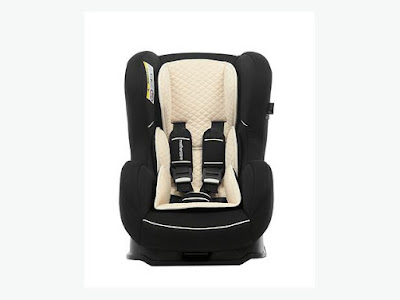 With that in mind, we eventually settled on the Mothercare Madrid Combination car seat, which retails at £90 (but was a steal at £45 when we bought it!). This is a group 1 seat which is suitable from birth to 18kg (approx 4 years) and can be either rear or forward facing. With new guidelines coming into force requiring children to rear-face until they reach fifteen months, I knew I wanted a car seat which would allow this, and then further use once Ava is ready to face forward. The seat has a five-point safety harness, with individual harness tensioners for added safety and extra deep side wings for impact protection. It also reclines on it's own axis, and has three positions.
The installation instructions are my biggest gripe with the seat- they are rubbish! There are no words, just pictures which are quite obscure and hard to make sense of! I ended up watching a tutorial on Youtube, and googling for further explanation. As a result, the seat took much longer than anticipated to install but I think this would easily be fixed if they just added some text to the instructions! This isn't an isofix seat, so the belt does obstruct your way when getting the child into the seat. At the moment this isn't a problem as Ava is small enough to fit through the top gap, although when she's bigger I'll have to put her in from the other side. Saying that though, by that point she will probably be ready to forward-face and there wont be an issue, but keep it in mind in case you maybe also have another car seat at the other side. 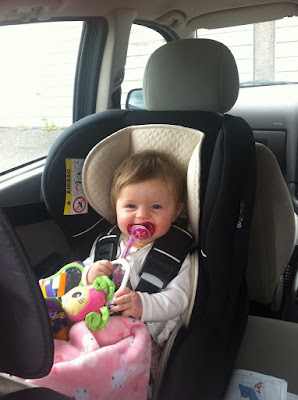 Once (finally) in, the seat does feel really secure and looks protective. The cover is well padded and seems comfortable, and there is a removable insert and headrest for younger babies. I will say though that the seat is very upright, so personally I wouldn't use it for a newborn. Ava has just turned 8 months, and has been sitting up confidently for about 2 months so it is perfect for her, but I'd be hesitant to use it before six months. At the moment we are rear-facing, and I can only get the seat to recline into one position, but Ava has fallen asleep a few times and it's been perfect- her head doesn't fall forward which is something I worried about. The side wings are perfect for this too as sometimes her head will fall to the side slightly, but these support her and prevent it from falling too far. I am looking forward to trying out the rest of the recline positions once we move to forward facing, although it'll be just my luck that she stops napping then! 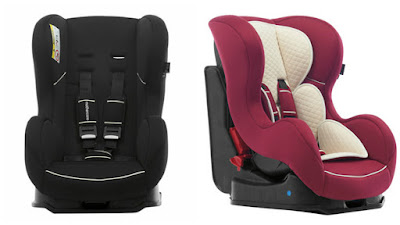 I think the seat looks great too, and definitely more expensive than the £45 we paid for it! It is also available in red (although be aware that I've seen this in real life and I'd definitely say it is pink). The cream insert can be separated, and the whole cover is removable so can be washed if any accidents occur. So far, both Ava and I are loving the seat, and she is thoroughly enjoying being able to sit up in the car. I actually wish I'd moved her a little earlier and saved myself some moaning car journeys!

As you can see, Ava loves nothing more than climbing- especially things she's not supposed to. Stairs, couches, toy boxes, bumbos... you name it, she'll attempt it! Just look at that cheeky grin! This one is going to be trouble! 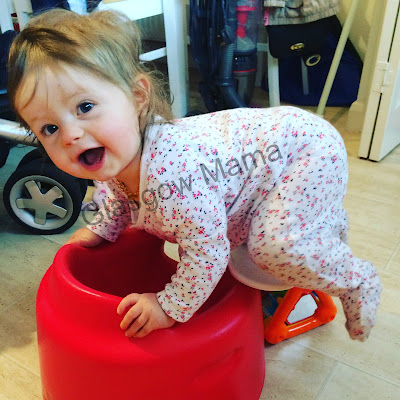 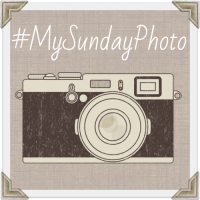 This week summer finally arrived in Scotland! In true Scottish fashion, we got one glorious day followed by three days of thunder, lightening and torrential rain so I guess that's that. I'm not holding out much hope for a proper summer- bring on Winter I say!


Read
I've been giving my Bump to Birthday journal a much needed update this week and went back and read it all from the start. My pregnancy feels like forever ago and I'd forgotten so many of the little details. I'm so glad I had everything noted down to look back on. 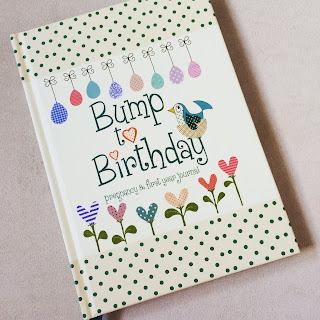 Watched
Very late I know, but we are finally up to date with Game of Thrones! In our defence, we only started watching it a couple of months ago so we've got through the whole lot pretty fast. I love a spoiler but D doesn't, so I was keeping my mouth shut for soooo long about the end of season 6. His face was worth it though! 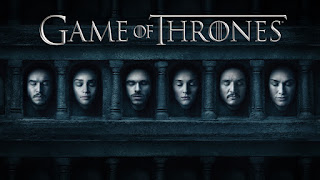 Heard
Ava's new favourite song is 'Fixer Upper' from Frozen so we've had that on constantly. She dances and waves her arms about the whole time it's on, super cute!
This week I've also been listening to possible wedding songs for the ceremony and have narrowed it down to two which will be shared in due course!
Made
I've been continuing with my baby finger food mission and have made banana bread, sweetened with apple juice rather than sugar. It was a definite hit with Little Miss! 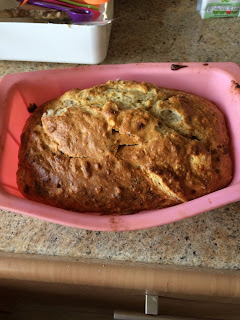 Wore
Hmm nothing very exciting unfortunately! With this heat Ava has spent most of the week in just her vest, and me in shorts and a strappy top.
And lastly...
I got a new job! I'm not sure if I've mentioned before, but I went back to work on a self-employed basis when Ava was 6 months old but it simply didn't work. Shifts were coming up last minute, some up to 70 miles away and I was having to chase companies for my wages! It was very all-or-nothing, and I hated it. This job is closer to home, with set hours and is part-time, so I'll still have lots of time to spend with Ava. A massive weight has been lifted off my shoulders, and I'm so looking forward to having some work-life balance. 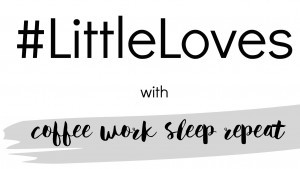 A Mummy Update: 9 Months On

I am now nine months post C-section, and physically I'm feeling pretty good. As you know, I had an emergency section which thankfully went as perfectly as it could, and I've been left with no lasting issues. My scar has healed well, and has faded to light pink so I'm happy with that. 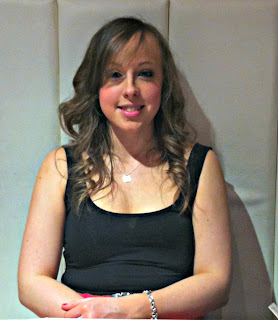 As I mentioned in my three month update, I gained 3 stone during my pregnancy. By the end of February I'd got down to 9st 12lbs (10lbs above my pre-pregnancy weight), but this has now crept back up to 10st 3lbs. Argh! Ava started sleeping through the night in March, and it has become our routine to treat ourselves to tea and cakes once she's down for the night at 7pm. We have also got engaged, so have had far too many celebration meals, cocktails and treats. I'm mad at myself for letting my weight creep back up, but to be honest I've been enjoying the past few months too much to care. Now the time has come to really do something about it though, and I'm lucky that D is joining me on my health quest so hopefully I should have more willpower! My aim is to be back to my pre-pregnancy weight for Ava's birthday in October, and to keep it off until after our wedding in May next year!

The stretch-marks are fading on my tummy area quite nicely, but are still vivid on my legs. The tops of my thighs I'm not bothered about as I don't tend to go around showing that bit off (!) but the ones of my calves have been bothering me, especially with the recent nice weather. I've had to wear maxi dresses as I'm too self-conscious of that area. I've started using Bio-Oil to see if that makes a difference, although I did use it all through my pregnancy and still fell victim to the stretch-marks. Hopefully by next summer I'll be able to wear shorts, as I don't think a maxi-dress will be the most practical item to run about after a toddler in!

Emotionally I'm the happiest and most content I've ever been. I feel so lucky to have an amazing daughter and fiance and I genuinely feel like I've got everything I ever wanted. I'm so enjoying this period of my life, and just wish I could stretch it out forever. I returned to work in May, and I am hating it. Obviously I have Mummy Guilt at leaving Ava, but I know she's well looked after by family and she actually doesn't give two hoots when I leave which makes it much easier. However, the work-life balance is simply not working for any of us. At the moment I'm self-employed, and it is causing so much stress when shifts are cancelled, come up last minute or get moved miles away. On average I'll be out of the house from 6am-8pm to work a seven hour shift because of the amount of travel, and it is completely knocking Ava's routine out of the window. On top of that I'm having to deal with companies paying me late (or not at all!) and it's just not worth it. I'm very lucky that I only have to work a couple of days a week, but the overall stress is awful and beginning to impact on our family life. I'm now on the hunt for a part-time job much closer to home, even if that means turning my back on my degree. For me now my family is much more important, and thankfully D is supportive of that. Wish me luck! 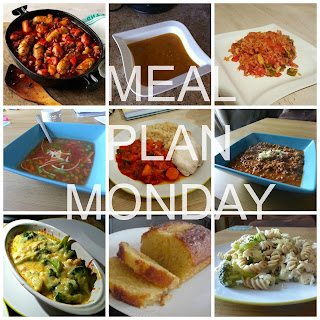 Last week's healthy eating bid went well, as it always does at first- but this week will be the real test to see if we stick to it! Baby A has started to eat more of our meals, so this has given me the encouragement to plan healthy baby-friendly dinners that we can enjoy together as a family!

This week we'll be having:


Monday
Cod with tomato and chorizo baked eggs
Tuesday
Chicken and broccoli pasta
Wednesday
In-laws for tea
Thursday
Spanish rice and prawn one pot
Friday
Beef stir-fry
Saturday
Sweet potato mac and cheese
Sunday
Cottage pie
I've made the mistake of writing this in that hungry hour before lunch so I must dash for a snack haha! 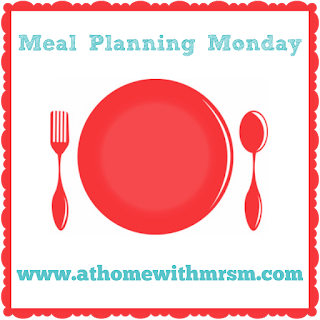 This is a face that says 'No Mama, I simply cannot manage lumps of fruit as they make me gag but that chocolate cake will go down just fine!' 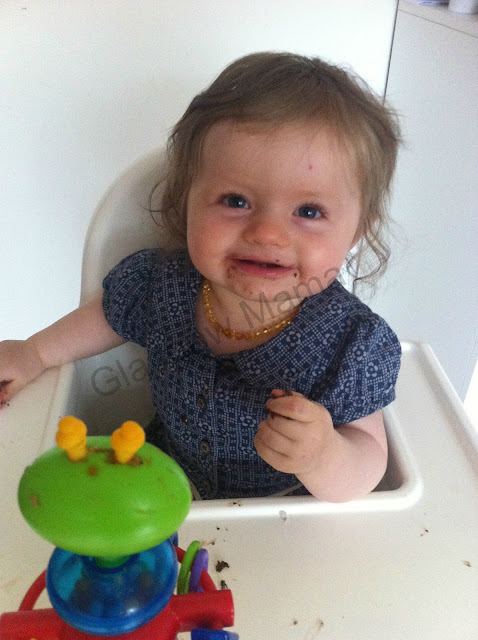 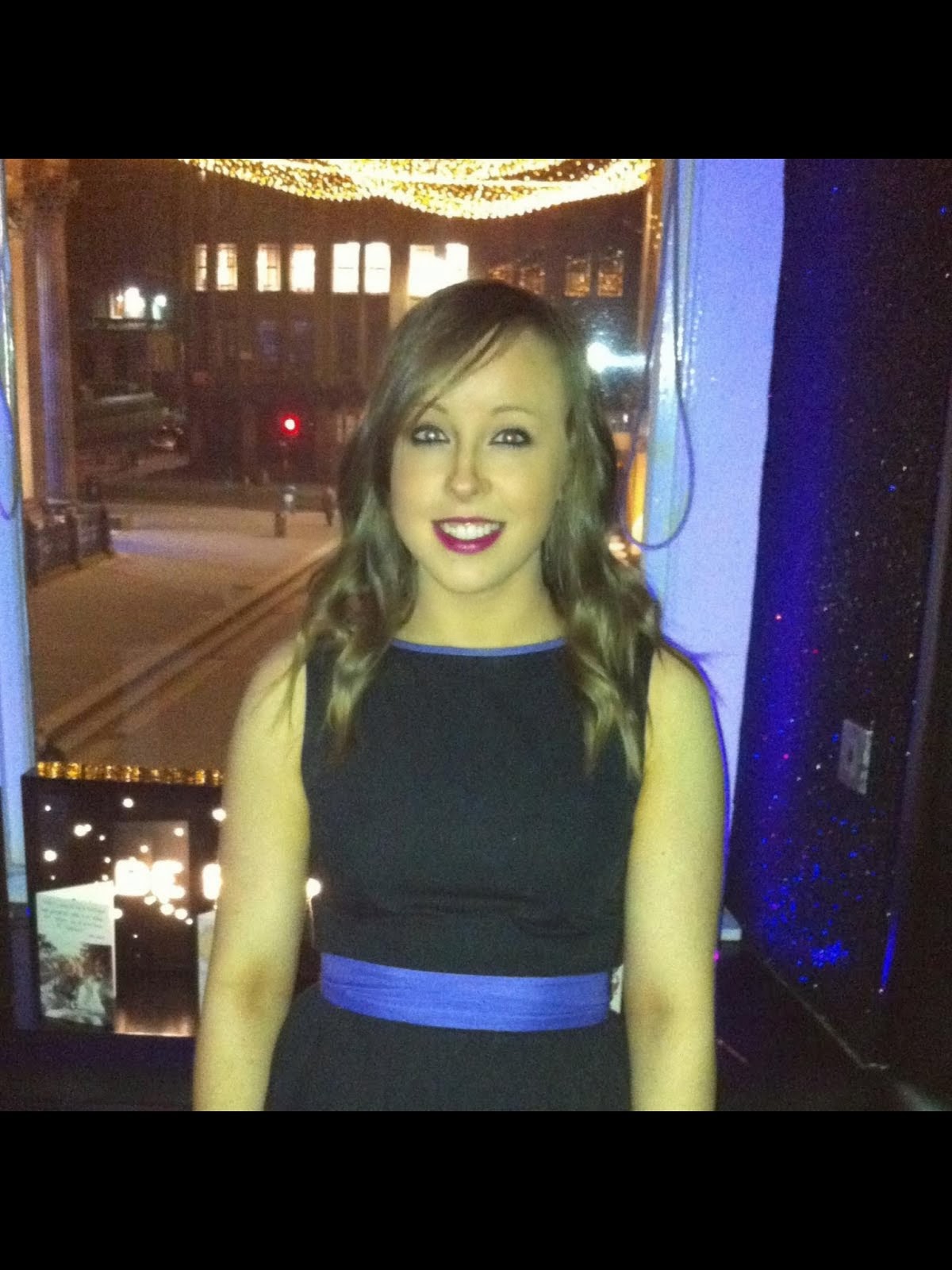